It Started with a Chandelier…

The first time someone asked me how I got the idea for Valkyrie, my response was, “I don’t know.”
It was the truth. I hadn’t thought about it. (Probably because I was writing the book.)

Anyway, people kept asking. So I began thinking. One day, a memory surfaced. Despite the fact it went back to my childhood, I realized I had found the original motivation. When I was five, my father’s parents moved to another house. I remember going up some steps to the front door and entering a long foyer. I remember my parents, grandparents and sister standing there and talking, but I didn’t hear a word. All of my attention was completely riveted by the chandelier hanging over the dining room table.

It was the most beautiful thing I had ever seen. Prisms sparkled in every crystal, especially the large, round one hanging from the bottom. I had to touch it. I asked my father to pick me up so I could reach the crystal. However, he ignored me because he was busy talking. I resorted to begging and he got a little annoyed, but my mother intervened.

“Just pick her up and let her touch the crystal. Then she’ll be happy and will leave you alone.”

My father scooped me into his arms. My mother moved a chair so he could get close to the table. He leaned over as far as possible, I stretched out my fingers and tapped the crystal. It began spinning and sent prisms shooting over the white tablecloth.

Mesmerized by the colors, I nodded. My mother was right. I was satisfied. Every time we visited, the first thing my father did was pick me up and let me touch the crystal. I’ve been fascinated with crystals, light, prisms and colors ever since. 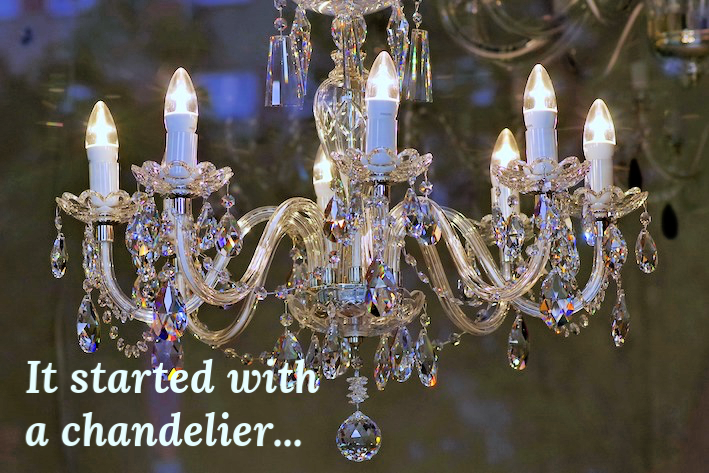