One summer, my parents rented a house on the beach for two months in northeast Florida. During this time, visitors came and went every week. Family friends, grandparents, uncles, aunts and cousins. Looking back, it must have been hectic for my parents, especially my mother, but it was paradise for eight-year-old me.

The house had a large, screened front porch. One night, I was out there with my grandfather. (Not the grandfather who had the house with the chandelier. That was my father’s father. This one was my mother’s father.) He was a soil conservationist and knew all kinds of science facts.

That night, way out on the ocean, pink and green lights shimmered.

“What are those lights?” I asked.

“Those are the lights on the shrimp boats,” he replied. “The shrimpers fish at night because that’s when the shrimp come out and feed.”

I lied sitting with him, watching the pretty lights bob along. Every so often, they seemed to rise into the sky. Of course, I knew the boats were rising on the big swells, but it was easy to pretend the lights were dancing between Earth and the ocean because everything was dark and it was hard to see the line of the horizon.

Much later, the behavior of those bobbing lights influenced how the lights of my Valkyrie are most often seen in the sky, but sometimes appear on Earth. 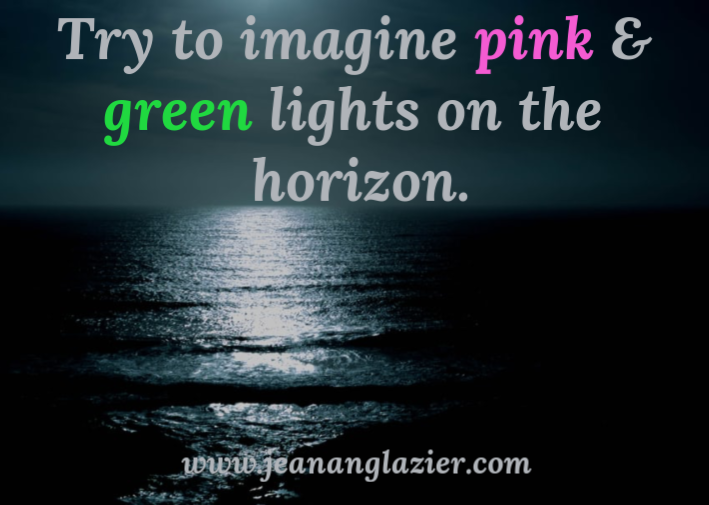